What are the most expensive handbag brands in the world?

You will not believe what you are going to read!

There is one handbag listed below that won a Guinness World Record for being the most valuable handbag in the world.

It’s worth the mind-boggling sum of $ 3.8 million!

So, without further ado, here is a list of the 10 most expensive handbag brands in the world.

The list of handbag brands and numbers mentioned below has been compiled from various sources on the web, such as Online finance & Wikipedia.

Here are the 10 most expensive handbag brands in the world: 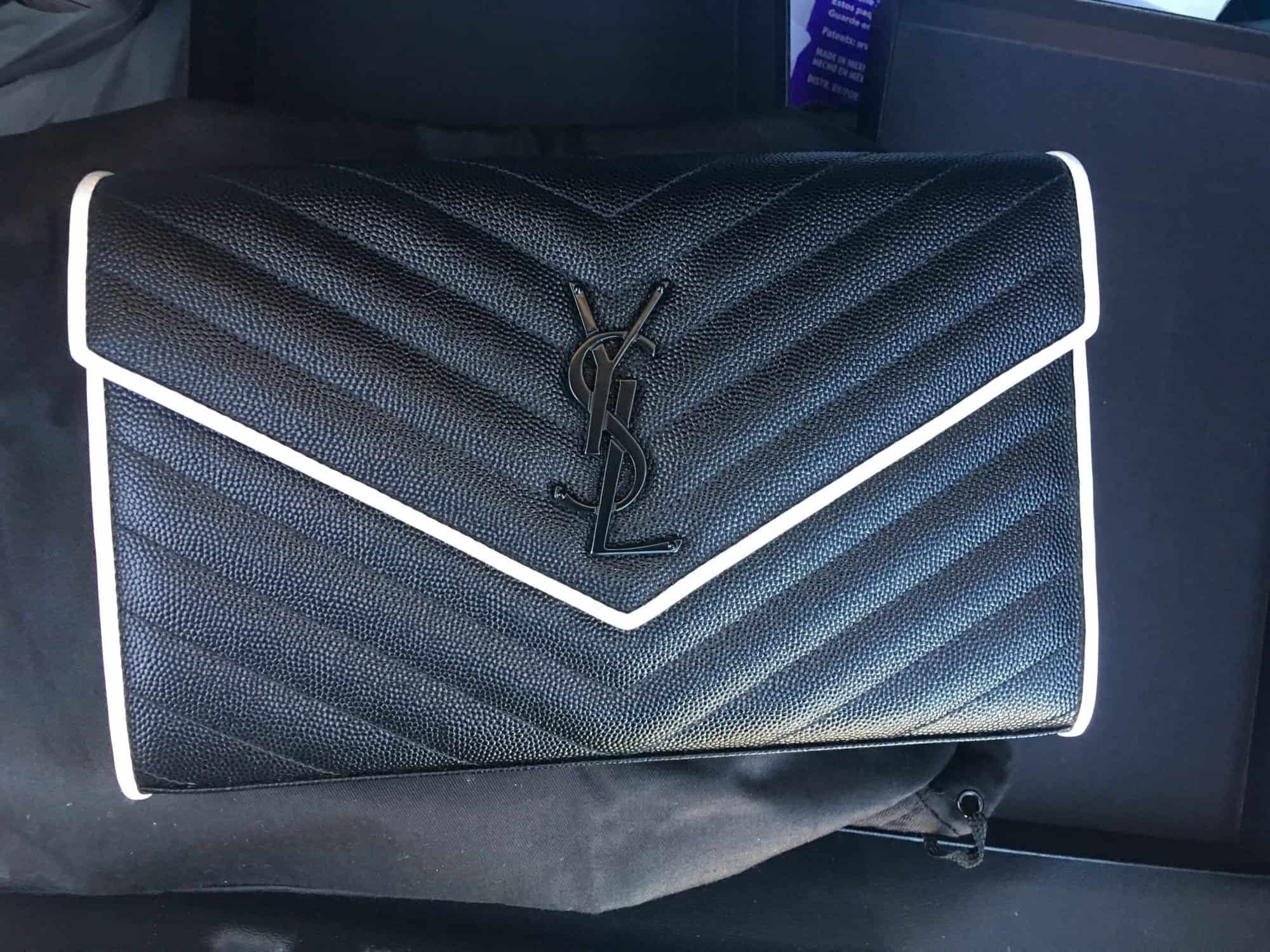 The brand creates several different products, including a range of women’s and men’s ready-to-wear, leather goods, jewelry, shoes and handbags.

Their “Sac De Jour” leather tote is one of their most popular handbags and is priced up to almost $ 34,000.

The most expensive handbag in the collection is made of alligator leather and comes in several colors.

Saint Laurent has grown into one of the largest and most expensive handbag brands in the world, with annual sales of over $ 1.21 billion. 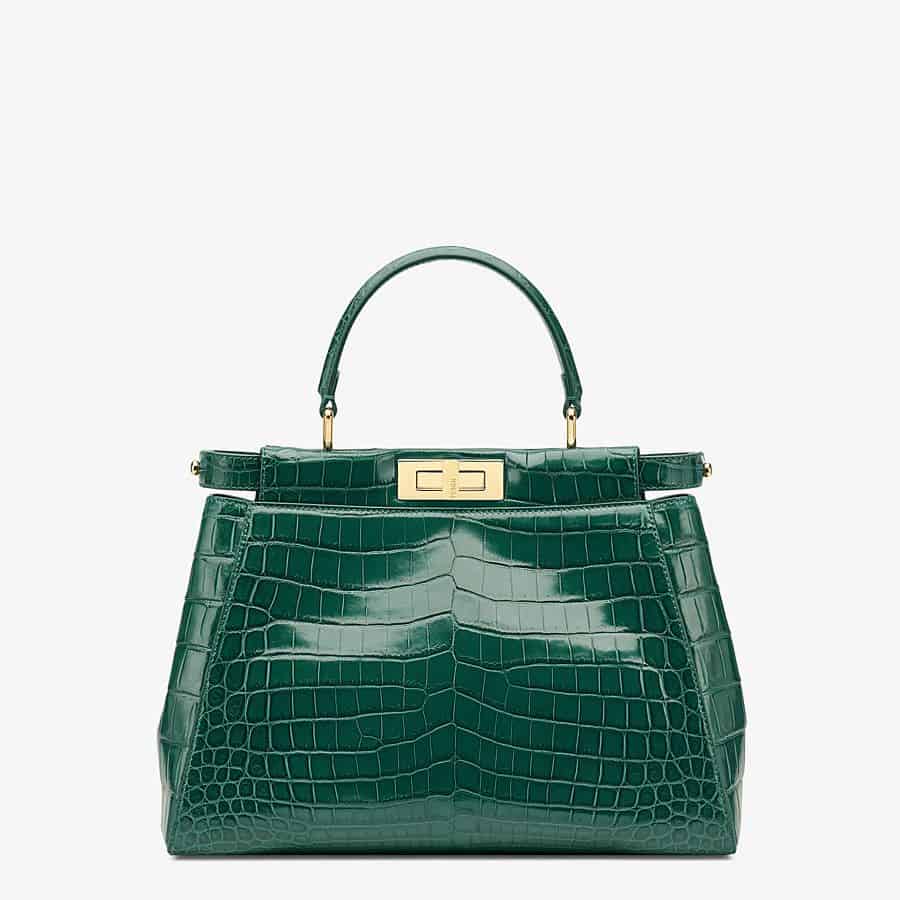 The second most expensive handbag brand in the world is Fendi.

The company was founded in Rome in 1925 and has become world famous for its compact “Baguette” handbags.

The bags were popularized on Sex and the city in the late 1990s and early 2000s, and quickly became one of the most sought-after handbags on the planet.

A typical “baguette” costs around $ 28,000 and comes in a variety of designs and sizes to suit.

So depending on the style you are looking for, Fendi can adapt, as long as you have the money. 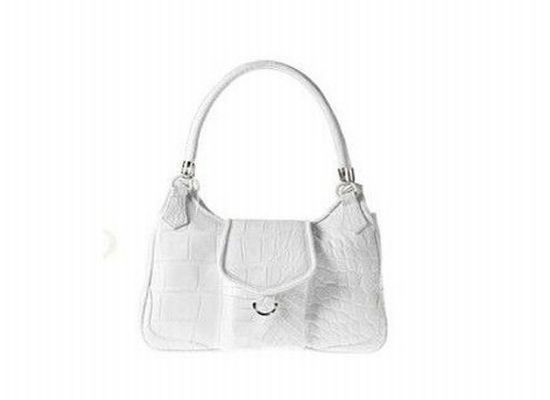 Hilde Palladino is an acclaimed Norwegian designer who launched her handbag collection in 2001.

Its handbags are curated in Italy, with a particular emphasis on details, and the brand has become known for producing some of the most unique and stylish bags on the planet.

One of their most acclaimed handbags is the ‘Gadino’, a limited edition bag, crafted from white crocodile skin and decorated with 39 diamonds and white gold closures.

The bag is valued at around $ 38,470. Hilde Palladino has said she will no longer produce Gadino handbags to ensure they remain limited and desirable. 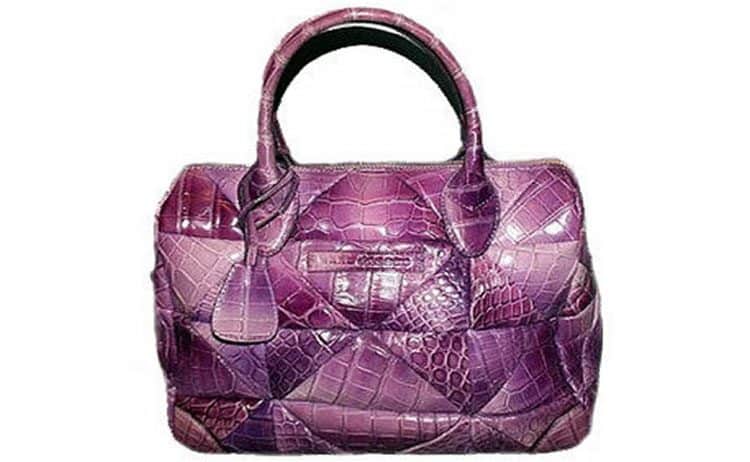 Marc Jacobs is an American fashion designer who was the former creative director of Louis Vuitton from 1997 to 2014.

Jacobs then launched his fashion brand, Marc Jacobs, and began to create its line of accessories and fashion products.

He is now considered one of the most influential fashion designers in the world and his brand had over 200 retail stores in 80 countries at one time.

One of her most acclaimed handbags is called “Carolyn Crocodile”. It lives up to its name as it is made entirely from patent crocodile skin and is available for purchase in a blue or purple quilted pattern.

The ‘Carolyn Crocodile’ has an estimated value of $ 50,000 and is made by one of the most expensive handbag brands in the world. 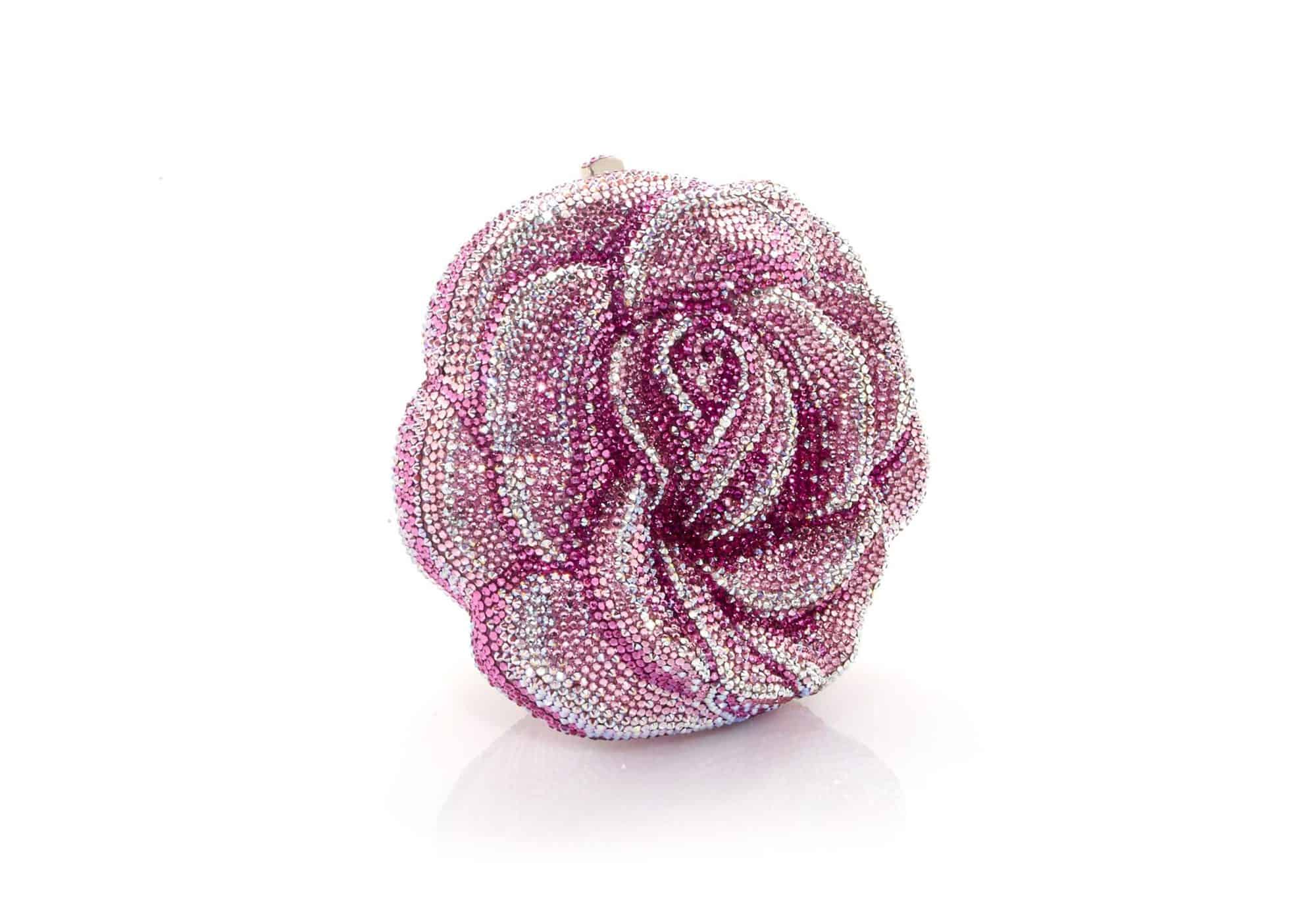 Judith Leiber was a Hungarian-American fashion designer and businesswoman, who started her fashion business, ‘Judith Leiber, ‘ in 1963.

Her designs quickly gained notoriety and her handbags were loved by fans around the world.

Leiber is best known for its crystal minaudières, which are evening bags made of a metal shell and plated with various designs in gold or silver, and encrusted with Swarovski crystals.

Her handbags have been sold in exclusive boutiques around the world and have since become a status symbol for many women as one of her bags was featured in the Sex and the city movie. 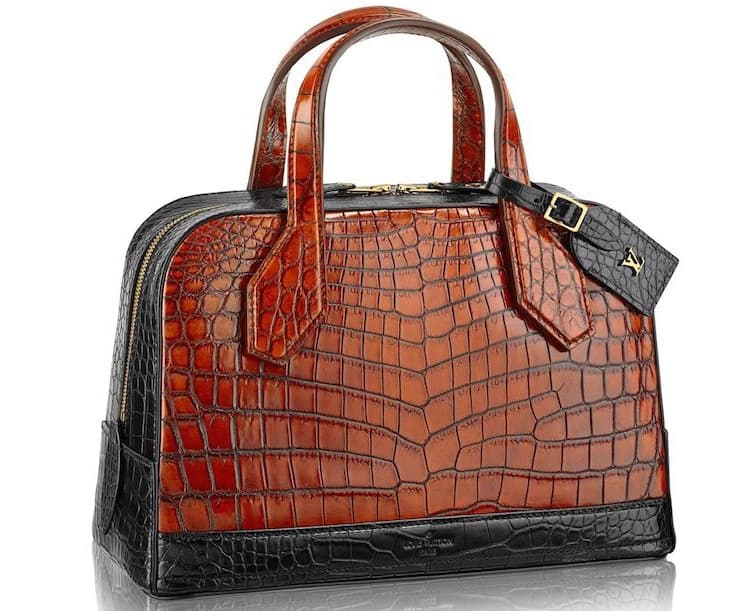 The company manufactures all kinds of luxury goods, ranging from trunks and leather goods to shoes, jewelry, watches, accessories and sunglasses.

It is one of the world’s leading international fashion houses, and its products are sold worldwide in stand-alone boutiques, high-end department stores, and e-commerce sites.

For several years, Louis Vuitton has been named the world’s most valuable luxury brand, bringing together more than 460 stores in 50 countries.

One of their more expensive handbags is the “Louis Vuitton Kasuma Pumpkin Minaudière Bag”, which was a collaboration between Louis Vuitton and Japanese designer Yayoi Kasuma.

The handbag is priced at $ 133,430 and was handcrafted after drawing inspiration from the small evening bags used by French sequins in the 1930s.

It is made of pure gold and metal and has a real gold chain shoulder strap and a black leather interior. 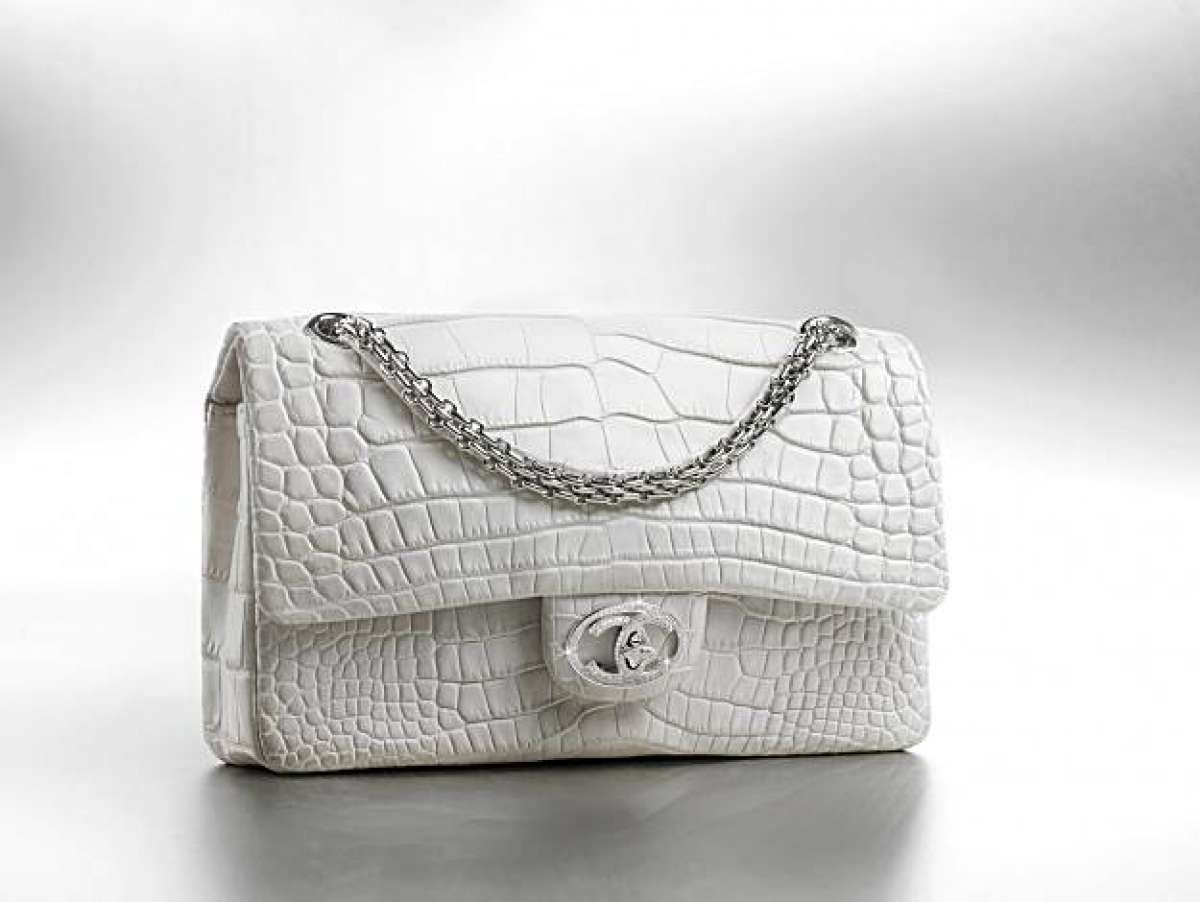 The company was founded in 1909 under the name “Maison de Chanel” by Coco Chanel, and has since grown into one of the world’s leading luxury brands.

It has more than 20,000 employees worldwide and generates billions of dollars in annual revenues.

Chanel has become massively popular in the handbag world, and some of their exclusive bags are worth an absolute fortune.

Only 13 of these handbags were produced in 2007, and each is made from white coated alligator skin and contains 334 diamonds and an 18k gold handle.

The brand specializes in exotic leather and has become known for creating some of the most expensive handbags in the world.

The most expensive cover art belongs to Chinese actress and singer Li Bingbing. The pouch she owns consists of 1,600 40-carat white diamonds encrusted on the clasp, and a combination of pink diamonds and rose gold has been used to write her name.

Lana Marques handbags are popular among celebrities and are often seen with them at various functions and awards ceremonies. 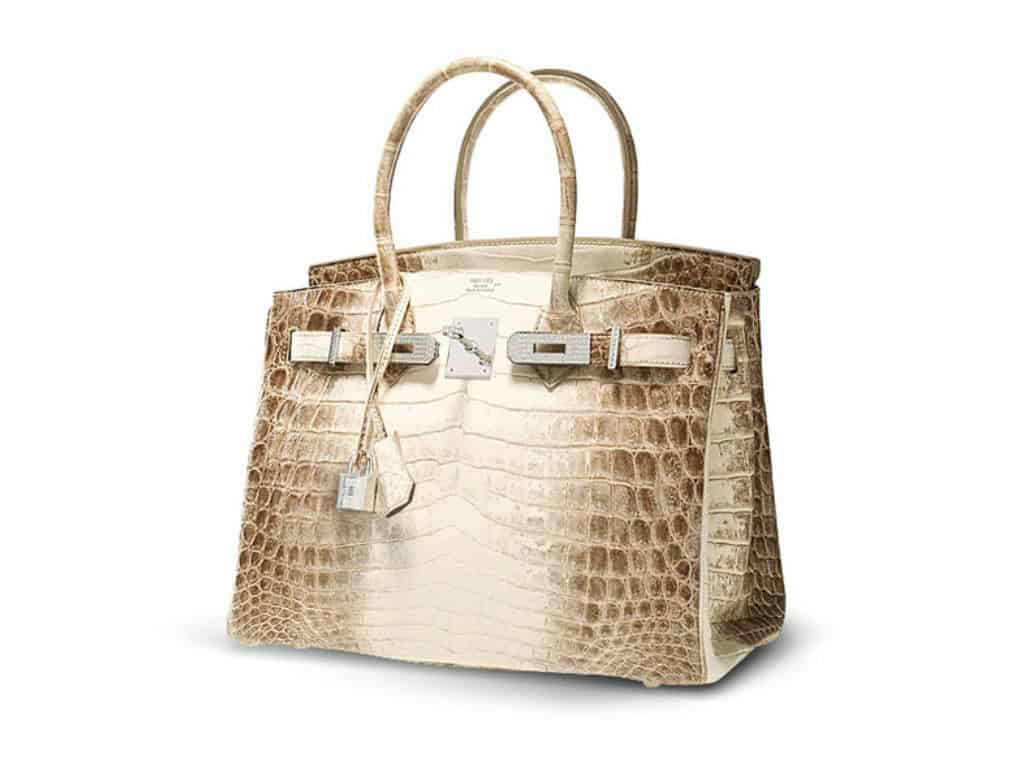 The second most expensive handbag brand in the world is Hermès.

The French manufacturer of haute couture luxury goods was established in 1837 and specializes in jewelry, perfume, leather, ready-to-wear and lifestyle accessories.

Hermès handbags are among the most famous in the world and are regularly seen by celebrities.

There are many handbags that Hermès has produced over the years; however, the ‘Kelly Rose Gold’ bag outperforms them all in terms of price.

The bag has been designed to look like crocodile leather and is crafted from solid rose gold. It was a collaboration between Hermès and a jeweler by the name of Pierce Hardy.

In addition to the pure rose gold, the handbag also comes with 1160 diamonds, which are encrusted all over the top of the bag and the handle.

Each bag takes about two years to create, and only 12 bags were made in total. 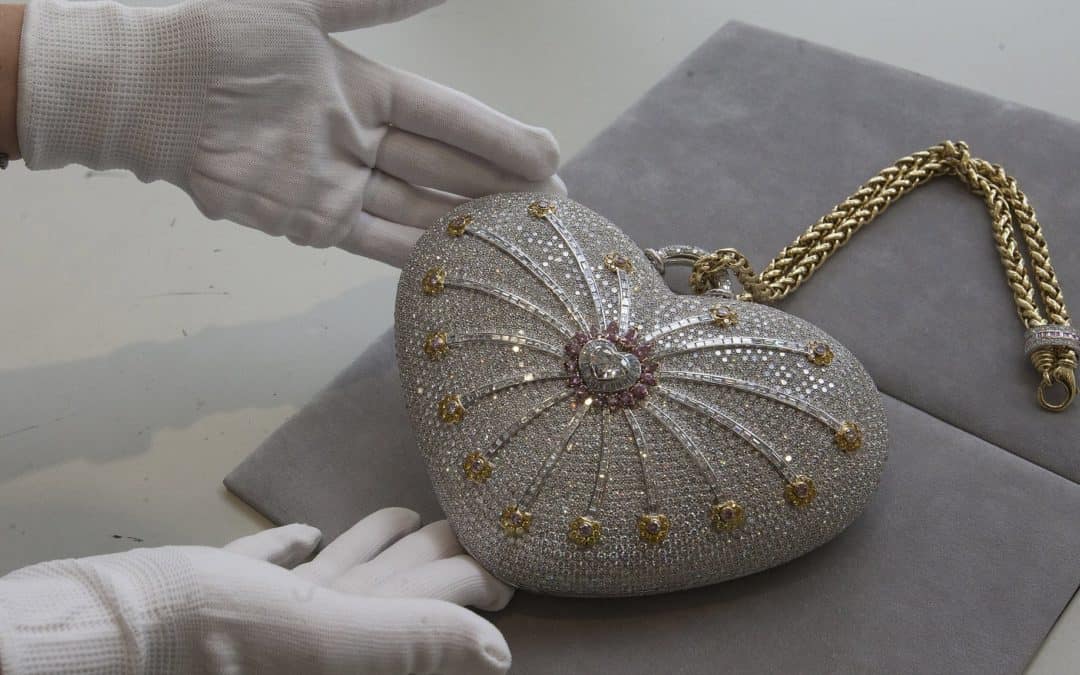 Mouawad is a Swiss and Emirati company specializing in the manufacture of jewelry, works of art and luxury watches.

The company was founded in 1891 by David Mouawad and is today managed by Fred, Alain and Pascal Mouawad.

One of the company’s most notable models is the “1001 Nights Diamond Purse”, established in 2011, and the company now holds a Guinness World Record for the most valuable handbag in the world.

The handcrafted 18-karat gold handbag took over 8,800 hours to manufacture and is covered with 4,517 diamonds, including 105 yellow diamonds, 4,356 colorless diamonds and 56 pink diamonds.

The handbag was offered in Private Sale by Christie’s at a Hong Kong premiere in 2017.

Mouawad has five Guinness World Records to his credit, including the most valuable handbag in the world.

We hope you enjoyed our list of the 10 most expensive handbag brands in the world.

How crazy were those prices ?!

I mean, $ 3.8 million for something to hold your phone and your lip gloss is a little overkill, don’t you think?

Still, if someone is willing to pay that, then fair play, but $ 3.8 million could buy you a whole bunch of Pokémon cards!

Here’s a quick recap of the 10 most expensive handbag brands in the world:

What is your favorite brand of handbag? Leave a comment below. 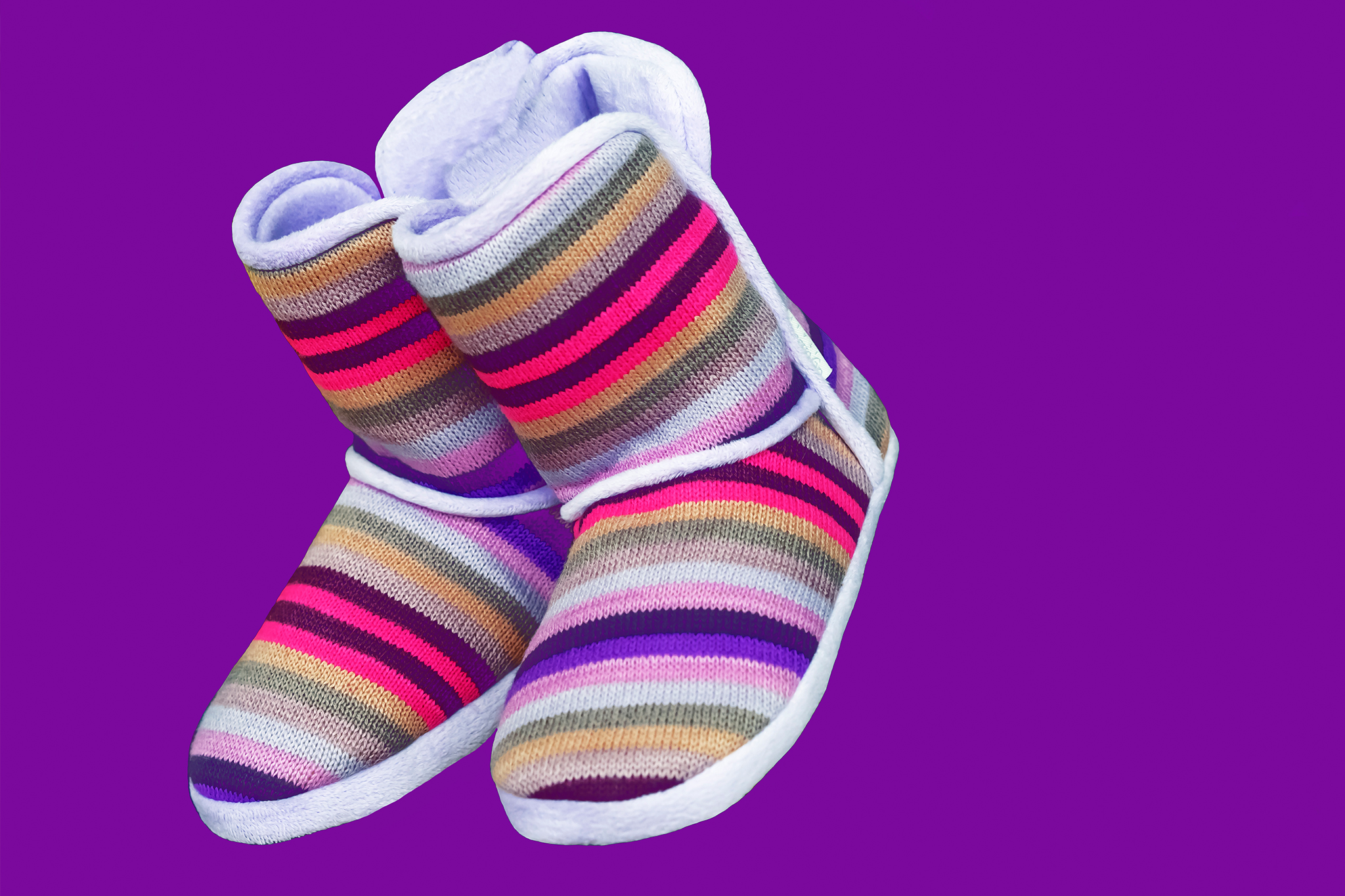